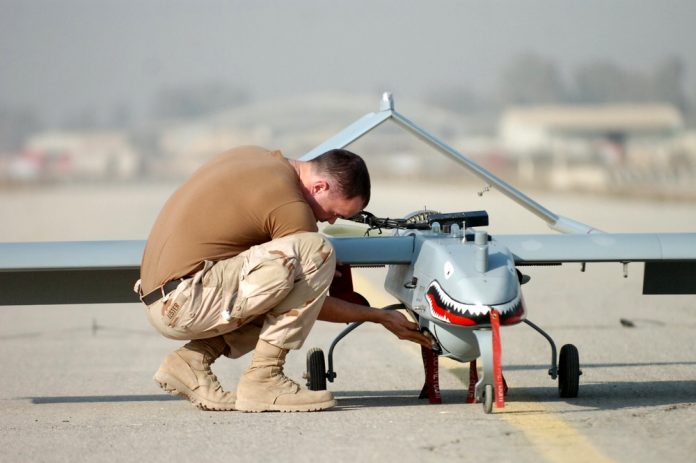 Key components to the successful adoption of Joint All Domain Command and Control (JADC2) include interoperability, an accurate understanding of the battlespace, and reliable communication across all domains and branches of service. The importance of this cannot be overstated in-theater where the implementation of JADC2 is crucial to achieving overmatch and maintaining advantage in the battlespace. And as the military integrates a growing number of unmanned aircraft systems (UAS) across every branch of service, that communication and interoperability become even more paramount to safe operation in any given airspace.

The appeal of UAS adoption in-theater isn’t lost on anyone in defense and aerospace. In a recent interview with Modern Integrated Warfare, Nick Liberko, Staff Research Engineer, Mission Systems Advanced Technology at Collins Aerospace explained that the automation enabled through the use of UAS in a defense setting (e.g., resupply airdrops, ISR functionality, etc.) is surely fueling the expanding adoption of them in-theater. But he thinks there is also something to be said for UAS’s potential role in airspace automation based on real-time data. With a more optimized approach to capturing and analyzing aircraft data, airspaces can become more organized and easier to navigate. And in theater, where decisions need to be made at the drop of a hat, anything that empowers streamlined decision-making is invaluable.

“It’s about increased portability of data,” he said. “And it’s about better optimization of how you’re using your assets, knowing what the right asset for every mission is, and having a clear vision of how that asset is going to be applied.”

And with the more widespread adoption of UAS in defense and increasingly congested airspace, Liberko emphasized the importance of a UAS traffic management (UTM) framework. This approach provides a foundation for military branches to standardize UAS best practices as they navigate their new application of UAS in (and out of) theater.

“A UTM framework makes it easier for military leaders to establish a more universal protocol for UAS operation in any kind of airspace,” Liberko remarked. “This aligns well with the goals of becoming a more interoperable and communicative military, something we’re seeing accomplished with efforts like JADC2.”

But what about the operation of the many military aircraft stateside? Those aircraft are delivering on domestic missions like supporting firefighting efforts and promoting warfighter readiness in a training capacity while operating in airspace shared with civilian aircraft. This further compounds the complexity of navigating that airspace.

“The reality is that most of the places that military assets are actually in use are at home,” stated Liberko. “Because of that, the idea that those aircraft should only have to be ready for in-theater use and not fully integrated into the domestic airspace is not a sustainable school of thought.”

As UAS continue to grow in prevalence across airspaces of all kinds, a comprehensive approach to UTM is imperative. This is especially true as the military works towards delivering on those key tenets of JADC2: interoperability, an accurate understanding of the battlespace, and reliable communication. Understanding how to effectively implement an important element like UAS into everyday operation is an important step for defense leaders and utilizing tools like UTM frameworks helps make the path towards automation smoother.