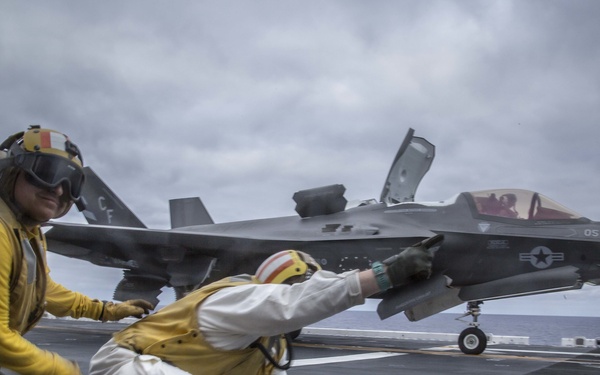 As military forces prepare to fight, they require test and training capabilities that allow warfighters to operate in real-time with partners and allies across multi-domain environments. The Joint Secure Air Combat Training System (JSAS) brings Live, Virtual and Constructive training together with four-level Multiple Independent Levels of Security (MILS) for high-fidelity test and training. With collaboration between Draken Europe and Collins Aerospace, this air combat training system will be provided to the Royal Air Force and Royal Navy with a demo taking place later this year.

“JSAS enables the warfighter to train and improve joint tactics, techniques, and procedures in a secure environment against a peer adversary threat, unlike anything that has been seen in the past,” Heather Robertson, vice president and general manager for Integrated Solutions at Collins Aerospace, said in a recent announcement.

The agreement between the two companies supports operational readiness training with the integration of JSAS into Draken’s Falcon 20 fleet. The solution enables high-capacity data to travel securely across multiple secure waveforms from the aircraft to the ground, reaching the hands of its intended recipient based on security classification. While in training scenarios, real-time combat training information is relayed at the aircraft base and is available immediately after landing to allow for a faster de-brief.

The interoperability between multiple generations of aircraft is significant to U.S. forces and their coalition partners, including the Royal Air Force and Royal Navy, allowing data to flow securely to all participants in a simulated, highly contested combat environment. As forces continue to modernize their fleets, JSAS supports the current LVC test and training environment and is interoperable with modernized fleets such as 5th-Gen and 4th-Gen aircraft. Additionally, JSAS pods are based on a Common Range Integrated Instrumentation System (CRIIS), a common architecture that is extensively used across the U.S. Air Force and U.S. Navy for training. This makes interoperability between coalition partners even closer.

“At Draken we are proud to prepare US and UK forces and their strategic partners for the reality of the situations they face in combat. The training demands of the future won’t see warfighters exclusively learning in a virtual environment but will see them experience a fully integrated real-time system in which combined end-to-end testing of effects allied to data is key. The addition of these next-generation systems to our fleet substantially enhances our training capabilities and improves interoperability with our military customers. The net result? Our forces will be better prepared,” Paul Armstrong, CEO Draken Europe stated.

The first trials of the Joint Secure Air Combat Training System equipped Falcon 20 fleet are expected to take place by the end of 2021.