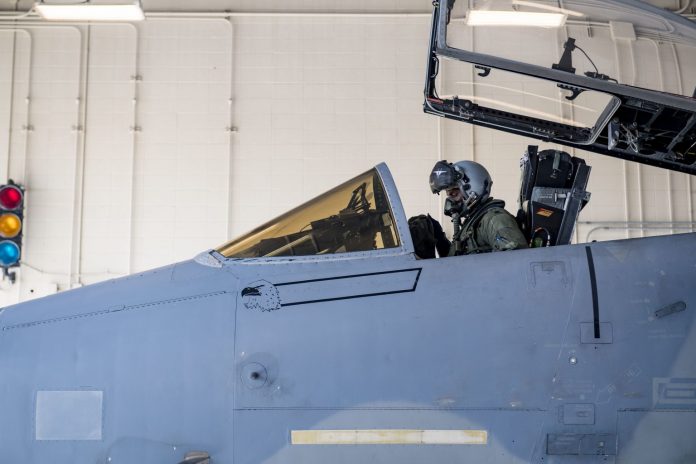 Advanced Battle Management System, or ABMS, has often been at the forefront of conversations surrounding the future of the U.S. Air Force. Its purpose, to create a standardized framework through which any number of systems can interact and coordinate, was recently discussed by Air Force Secretary Frank Kendall, who highlighted his desire to see ABMS move beyond experimentation and progress more rapidly to fielded application and operational solutions.

“My early observation is that this program has not been adequately focused on achieving and building specific, measurable improvements and operational outcomes,” Kendall said during his remarks at the Air Force Association (AFA) Air Space Cyber event. ABMS is at a crossroads.  As the growing threat of adversaries looms large in several newly contested areas around the world, the question now is what does the future have in store for ABMS?

This was the main theme presented during a defense industry panel session hosted by Brig. Gen. Jeffery D. Valenzia. The session titled “Mission Capability Area: Battle Management: JADC2/ABMS” began with Valenzia setting the scene and reflecting on the importance of the topic. “Let’s acknowledge one thing, ABMS is complex, but it is not impossible.” ABMS is driving the military and their industry partners to rethink many of the ways that both approach command and control in the past and consider some basic questions that will define the future. However, that future must come with demonstrable results.

Brig. General Richard S. Stapp (Ret.), Corporate Vice President & Chief Technology Officer at Northrop Grumman highlighted the importance of using this ABMS experimentation to address one of the biggest challenges facing both the public and private sides of the defense industry: making legacy systems interact and operate together. “It’s all about taking small steps with wins,” Stapp began, “it’s about starting to make these systems operational and fusing them.”

Looking back on a recent test, Stapp noted that U.S. Marine Corp. sensors were used to launch a U.S. Army missile system. These technologies were designed separately but were able to coordinate to achieve successful deployment of the weapon system.

“ABMS isn’t a final destination, it’s a journey,” and is more about building a system of systems that allows joint warfighting solutions to interconnect and communicate. Stapp added that the small wins in creating that communications framework are the best ways to iterate ABMS and other joint command and control systems, “what we have to do now is push those systems together, so that in the next generation they will seamlessly hook together.”

Stapp’s comments on creating interactions between disparate hardware spurred Steve Nordlund, Vice President and General Manager of Phantom Works at Boeing, to comment on where the industry must go to help create that next generation and demonstrate the effectiveness of ABMs. “Over the last 100 years [the defense industry] has built hardware and as a result, we started thinking of everything as hardware.” This mentality brought with it the need to build “the perfect widget” which, consequently, made the tech less adaptable and dynamic.

When working to bring these systems together, the industry is fighting the challenge of integrating new technology into existing proprietary technology which makes the process cumbersome and slow. “The first thing we have to do is to take the principles of a modular open systems approach and simply break open the interfaces between these things.” Making these tech pieces available to the industry to create and innovate the connectors that bridge the many systems together.

However, Nordlund echoed Stapp’s comments about the ABMS journey and noted that if the industry can work together “that is when we will be able to start realizing this incremental improvement,” and start proving the worth of programs like ABMS.

The third panelist, Ross Niebergall, Vice President and Chief Technology Officer at L3Harris, likened ABMS to trying to change the four wheels of a car while doing 80 mph on the highway. Niebergall noted that looking outside of the defense industry can provide an avenue for enabling an ABMS mentality more rapidly to meet the needs of the modern warfighter. “Reaching into the commercial marketplace to try and accelerate what we’re trying to do is a huge advantage for us,” Niebergall added, noting that many of the challenges facing the rapid deployment of ABMS tech have already been solved elsewhere.

At its core, ABMS is about furnishing the military with the ability to manipulate data streams to provide insights to form a more effective decision on the use of systems. This is the foundation of many systems in the commercial space, so finding ways to emulate or integrate those processes is a top priority according to Niebergall. “We have to figure out how do we add value and facilitate the decision making in the manipulation of data, how do we facilitate the timely delivery of data to make it all happen, how do we benefit the operator and make sure he has what he needs when he needs it.”

ABMS is a process, and each panelist agrees the military and their industry partners are on board with creating the system of systems that it needs to operate. Whether that drive to innovate will result in ABMS meeting Kendall’s expectations or not remains to be seen, but ultimately, as Valenzia said, though ABMS is complex, it is not impossible.

To view the recording of this panel and access others recorded from AFA’s Air Space Cyber event, click here.