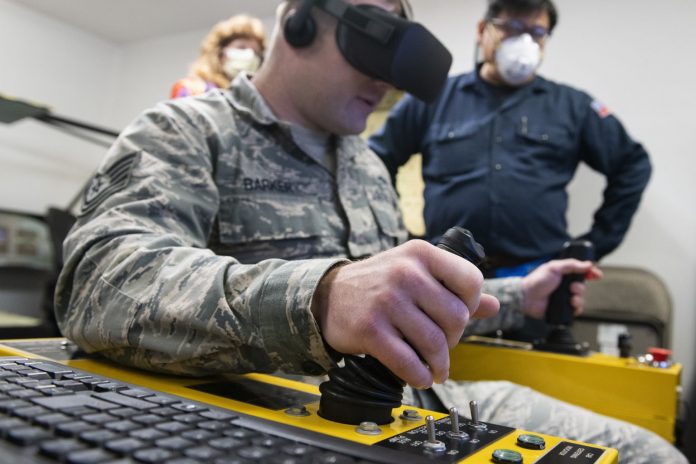 The Department of Defense (DoD) has learned over the last two years that speed is more important than ever when it comes to solution acquisition for the warfighter. In response, the entire defense industry continues to gain speed and find ways to bring technologies to the battlespace on an expedited timeline. A key component of that truncated timeline is simulation training and preparing the warfighter for what they need to face in a way that’s scalable, accessible, and affordable.

We recently spoke with Dr. Angus McLean, Fellow at Collins Aerospace, and Steve “Snak” Nakagawa, Senior Manager, LVC Simulation Programs at Collins Aerospace, to learn more about how the defense industry is adapting to new expectations from the DoD and the technologies and acquisition reforms that are making it possible.

In a previous discussion, McLean and Nakagawa emphasized the importance of being anticipatory of military needs instead of reactionary, and how simulation solutions play a pivotal role in those efforts.

In this discussion, Nakagawa and McLean expanded on the importance of engineering simulations as industry looks for new ways to expedite the development of new solutions for the warfighter. As Nakagawa put it, the government is “all about rapid response now,” most notably in the way the government acquires new solutions. Engineering simulations proactively expedite those processes.

Engineering simulations allow industry players to get ahead of any potential design problems for systems, even if the system is being acquired in fragments, speaking directly to that anticipatory attitude Nakagawa mentioned earlier. This concept is exemplified in Collins Aerospace’s Common Modeling and Simulation Environment initiative, which is “precisely focused on making sure we can bring innovation to bear rapidly,” according to McLean.

Ultimately these common modeling environments contribute to warfighter readiness in the multi-domain fight. With more agility in the design, research and development, and test and evaluation processes that translates directly into the training phase, allowing warfighters to be more easily prepared for the shifting threat landscape in any domain.

Watch the full conversation with McLean and Nakagawa here on the evolution of simulation training for the military: