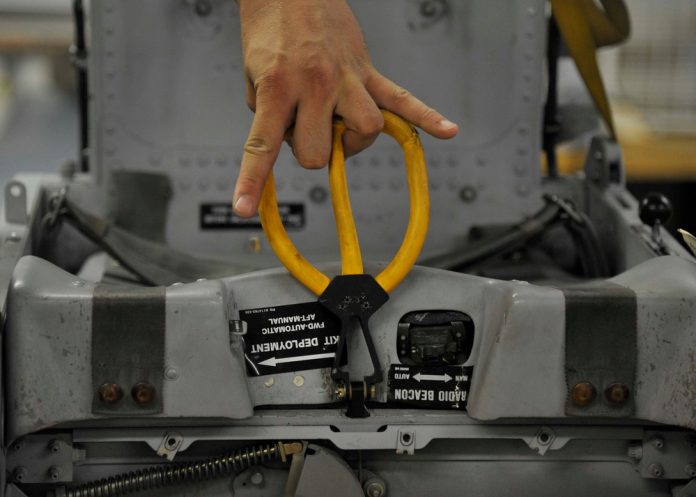 Despite flying planes for decades now, COL (R) Charles “Chuck” Toplikar did not always envision himself as a pilot. In fact, he’d go as far as to say that he fell into the career almost by accident. It all started with his decision to apply to the Air Force Academy on the recommendation of a high school teammate. From there, the rest was history. He would go on to serve in the U.S. Air Force and the Alabama Air National Guard and he even returned to service following 9/11, putting his commercial pilot job on hold until he felt he had adequately served.

Formerly an F-16 pilot and now a commercial airline pilot, Toplikar has experienced the good, the bad, and the ugly elements of the world of aviation. Perhaps the ugliest of these experiences was the day he was forced to eject from their F-16 while serving in the Alabama Air National Guard.

During a two-ship bombing range mission near the border of Mississippi and Alabama, one of the plane’s high pressure turbine blades separated, causing the engine to fail while over Camp Shelby Air-to-Ground bombing range. “At that point, I just became a very poor glider,” he said. Toplikar attempted to glide the aircraft to Hattiesburg Bobby L. Chain Municiple Airport., which was 13.1 miles away from where the failure happened. “I glided 13 miles before I was convinced that I was not going to make it safely all the way. So, I did a fairly low-speed, low-altitude ejection, and the aircraft impacted about 600 feet short of the runway.”

Toplikar credits his life saving ejection to a couple of factors: a highly capable wingman that problem solved with him every step of the way, and the ability to quickly move through the safety checklist of the scenario thanks to extensive training. “It’s like a golf stroke,” he explained. “In moments like those when adrenaline is pumping and your brain is moving so fast, muscle memory takes over.”

He emphasized the importance of intentional and diligent training in instances like this one, stating that “when things go south, you need that training to fall back on. Then you can avoid falling into the flight or freeze mode when faced with a dangerous situation.”

Following that memorable day, Toplikar now boasts a unique souvenir to remember the experience: an ACES II rocking chair made out of the actual seat he ejected from. While he credits a fellow ejection-experienced pilot named Will Sparrow with showing him the first version of such a novelty, Toplikar embellished on the design when he was afforded his own opportunity to make one, complete with a built-in back massager. The irony of sitting in a seat that caused immense stress and is now providing him with comfort and relaxation is not lost on him.