As tensions increase across the globe with many of our nation’s largest, near-peer adversaries, it’s critically important that the systems, like the NC3, are both operational and incapable of being denied. Equally important, is their ability to provide our senior government and military leaders with early warnings and response options in the event of a nuclear threat.

The nuclear command, control, and communications (NC3) system ensures that civilian authorities have the maximum possible decision time in the event of an attack against our nation. This system provides national leaders with advance warning, situational awareness, and command and control capabilities in the event of nuclear warfare. One component of that system, the Take Charge and Move Out (TACAMO) mission, maintain survivable communications between the President and the strategic nuclear weapon delivery systems should they need to be utilized in response to a threat.

Each component of NC3 is essential and simply cannot fail. However, many of the components are aging systems nearing their end of life. Also, the NC3 system, itself, is facing a more sophisticated threat landscape and increasingly capable adversaries that have new ways to deny and degrade critical military networks.

The Modern Battlespace recently spoke with Erik Johnson, Associate Director of Business Development at Collins Aerospace, to learn more about the NC3 system, TACAMO, and the recent modernization of the NC3 system and TACAMO aircraft fleet that play a role in this truly essential mission.

Here is what he had to say:

The Modern Battlespace (TMB): What is the NC3 system and TACAMO? Why are they important? When would they need to be utilized? 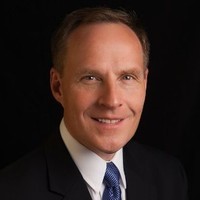 Erik Johnson: The NC3 system refers to the means through which Presidential authority is exercised and operational command and control of nuclear operations is conducted. The NC3 umbrella includes situation monitoring, planning, decision making, force management, and force direction.

It includes everything from missile warnings and its data, ensuring all appropriate data is transmitted so planners and decision-makers can see it rapidly, facilitating conferences with the Senior Leaders, and determining where forces are and if action is needed.

The TACAMO mission is a critical subset under the NC3 umbrella. It’s an emergency action message relay system designed for the President or highest-ranking Senior official to decide to take or posture for strategic action. Once the decision is made, the direction is relayed to strategic forces, such as the ballistic missile submarines- which are underwater to ensure concealment.

TACAMO is considered a secure non-space-based communication path that will not make submarines surface to receive strategic messages. Additionally, the long-range VLF transmissions from the TACAMO aircraft can be received by the B-2 and B-52 bombers even if they are far away from the coast.

TMB: Considering the sensitivity and importance of this system, what special requirements – cybersecurity, mission assurance, etc. – does the Navy have for NC-3?

Erik Johnson: NC3 is considered a no-fail mission, so it must be a resilient, secure, and redundant network. It also must have assured communications to ensure message transmission to the key nodes in the network, no matter how stressed the communications environment becomes.

To ensure that the network functions as needed and can’t be denied or degraded, NC-3 crosses all frequency bands through different messages so there aren’t any single point failures in the entire network. Cyber security is always critical, as well as encryption in many cases.

TMB: What experience does Collins Aerospace have working with the Navy on NC3? What solutions and capabilities does Collins bring to bear for the system?

Collins was the lead integrator for a major modification on the E-6B Block I aircraft fleet, which included upgrading and redesigning the battle staff and communications operator’s stations, equipment, displays, and controls in the aircraft.

TMB: Why was this modernization program needed?

Erik Johnson: There were a lot of obsolescence issues and antiquated equipment that needed to be replaced with new, more advanced solutions. Block 1 also addressed issues that were discovered during testing of the modifications of the E-6A to the E-6B, which added the USSTATCOM Airborne Command Post mission.

TMB: There has also been a discussion of outfitting C-130JSuper Hercules aircraft to carry out the TACAMO mission. Would the E-XX take the place of the E-6B Block I aircraft fleet, or be used in conjunction with it?

Erik Johnson: The requirements documents aren’t complete on this program; however, the E6-B is the current aircraft of the fleet performing the mission daily. The Navy has announced that the E-XX will be a C-130J aircraft to take over the TACAMO mission.

The program is a result of the aging of the E-6B platform, which was built in the 80s. They are running into some obsolesces and sustainment issues and will need to be replaced eventually.

TMB: Do you anticipate E-6B being sunsetted and E-XX and other platforms taking over for it?

Erik Johnson: There are some DoD and government studies underway to determine who is taking over some of the other missions that are on the E-6B right now, however, that’s not for Collins to answer.

Currently, we understand that the majority of the communications equipment that is on the E-6B will still go on the E-XX for the TACAMO mission. The E-XX TACAMO aircraft will still need to be able to receive Emergency Action Messages and critical strategic information, process the information and relay them to the strategic forces. The Collins Aerospace team is prepared to help them meet that requirement.

TMB: Collins recently worked on other projects that involved upgrading and updating parts of the NC3 system and network. Why was this necessary and what was done?

Erik Johnson: The NC3 system is a very large system of hundreds of different programs. The system was built over many years, with each piece addressing a specific task. Different services and agencies developed and built equipment and systems as the requirements changed and grew.

This has been recognized at the highest levels of military and civilian leadership. USSTRATCOM was recently given oversight and responsibility for the NC3 system. Collins is part of the government and industry team that is modernizing and streamlining the system for higher productivity and efficiency to ensure we’re effectively monitoring and mitigating emerging threats and capabilities of adversaries that attempt to disrupt communications.

By modernizing NC3, we are proactively maintaining a protected and secure network and ensuring the United States strategic deterrence mission is robust.

For additional information about the recent NC3 modernization programs and initiatives, click HERE.