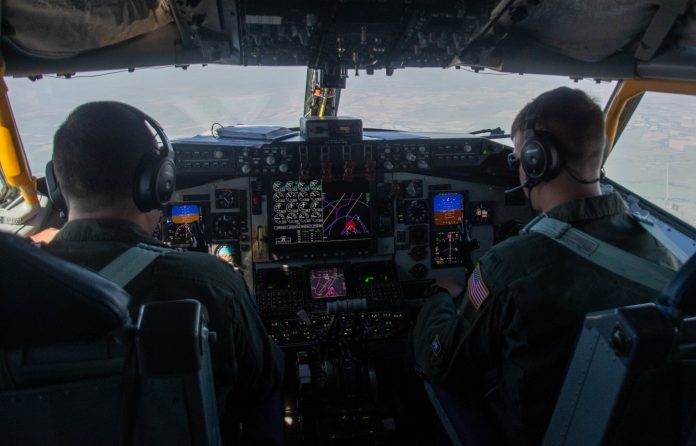 Back in April of 2021, The Modern Battlespace covered the 50,000th delivery of an ARC-210 radio from Collins Aerospace to Naval Air Systems Command (NAVAIR) Air Combat Electronics (PMA-209). This delivery was significant not only for reaching a milestone nearly two decades in the making, but because also marked the full rate production of the sixth generation of the ARC-210 radio, now certified with the Mobile User Objective System (MUOS). The availability to the Warfighter of a MUOS-capable airborne radio has resulted in multiple accomplishments since then, according to Dr. Joseph Blank, Director, Tactical Airborne Communications, Mission Systems at Collins Aerospace.

Over the past year and a half, the adoption and transition of MUOS has continued as it represents a key innovation that can deliver adaptability to battlespace communications – making it of major interest to defense leaders on both sides of the industry. “MUOS is truly a paradigm shift for tactical satellite communications over legacy systems,” Blank told The Modern Battlespace in a recent conversation.

“MUOS connectivity will play a key role in both voice and data connectivity in the joint environment and that capability is a key interest for our military partners.” Blank continued by noting that it takes significant effort to integrate a MUOS system into aircraft, which drives the longer timeline being experienced in aviation platform deployment (over ground radio systems).  “Even once a system has been integrated onto a platform, it requires significant training, logistics, and planning to program and calibrate systems to maximize their potential. “Over the past two years we have partnered with multiple platforms on integrations of MUOS and are now seeing the capability being integrated into defense exercises as well as into platform planning for operations.”

Tom Schamberger, Lead Senior Manager for Tactical Airborne and Fixed Site Communications at Collins Aerospace, agreed with Blank adding that, “the continuing relationship between Collins and our military partners demonstrates just how much potential there is in this technology.” Schamberger continued, “we are the only company right now performing flight tests with MUOS technology, with the ARC-210 SDR airborne tactical radio, which has led to many conversations with our partners about their next generation beyond line-of-sight successful capability. MUOS is the technology that will enable that success.”

How the ARC-210 attained this unique position has been through early partnerships and participation in testing and improvement of MUOS. Recognizing the potential for MUOS early-on, Collins worked with the program lead to help demonstrate its potential.  “We were among the first to explore MUOS capability, supporting Lockheed Martin flight testing of MUOS range beyond the traditional coverage envelope for SATCOM, showing signal reception close to the North Pole,” Blank said.

“…the continuing relationship between Collins and our military partners demonstrates just how much potential there is in this technology.” – Dr. Joseph blank

“We have continued to develop expertise and grow relationships with other players, both government and industry,” Blank added, noting that the Collins MUOS team has helped demonstrate various MUOS data, voice, and network capabilities, provided systems for government lab and field testing, and has been approached to assist other manufacturers. This expertise has also produced the Collins Aerospace PRC-162 Manpack, a dual channel man-portable radio that can make use of MUOS.

While reflecting on the past few years and what have been the greatest challenges facing the government’s MUOS deployment, Blank felt that education has been among the biggest. “One big hurdle has been getting people to understand just how capable, and potentially complex, an aircraft MUOS system is when compared to legacy SATCOM,” Blank shared. “To realize the potential of MUOS will require further collaboration in assisting platforms with understanding and integrating the capabilities MUOS offers. The number of supported users has increases ten-fold, and the data and networking capability has grown even further. MUOS has the ability to connect around the globe, can support individual or group calls, and can even connect with traditional phone lines. Our team is committed to helping ensure success in fielding this paradigm-shifting connectivity to the warfighter,” Blank said.

The potential of a technology leap like MUOS to fundamentally change the battlespace is without question. This was what drove Collins Aerospace to take the lead and create the first airborne MUOS-capable radio system. “Our team’s dedication and expertise continue to drive them forward as they tackle testing and integration challenges for multiple platforms within the DoD community and partner nations,” Blank said.

“Our team is committed to helping ensure success in fielding this paradigm-shifting connectivity to the warfighter.” – Dr. Joseph blank

When asked about the latest on the ARC-210, Blank shared that Collins Aerospace was in full-rate production of the MUOS-certified radio, along with all associated ancillaries. Schamberger added that in addition to MUOS, the latest ARC-210 contains not only all current capabilities but is adds key Warfighter solutions like SATURN Ed4. As well as interoperability capabilities for coordination with civil authorities for emergencies such as hurricane relief and forest fire fighting.

“These additions are all part of the evolutionary and joint warfighter approach that Collins strives to exemplify with the ARC-210 product,” he said, adding that those innovations were driven by conversations with warfighters and military leaders. Beyond just developing innovations, Collins’s relationship with the military extends to integration support as well, with Blank noting that they are engaged with multiple platforms and aircraft OEMs on integration efforts.

“We continue to evolve and grow the ARC-210 radio system capability and support the user community because we know it is the Warfighter’s choice not only for airborne tactical communications, but potentially so much more,” Blank concluded.

To learn more about how MUOS and its potential for the US Military and the defense industry, click here. 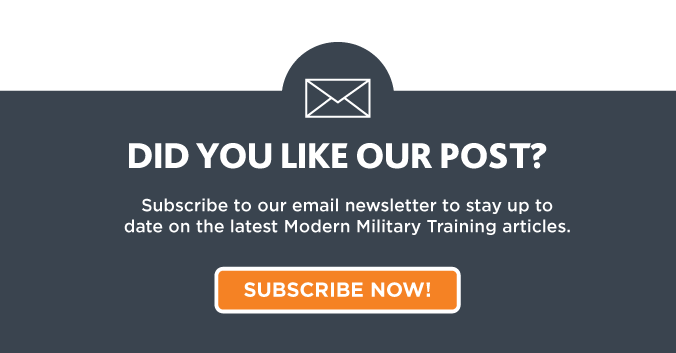