Facing a new, near-peer set of adversaries, the military has been pushing its industry partners to embrace open systems and new technologies to help them stay ahead of the threat. The result has been a wave of innovation that is making weapon systems and platforms that are seemingly torn from the pages of sci-fi novels a reality.

With numerous new weapons systems and new vehicles in development, such as the Future Vertical Lift (FVL) effort – which includes the Future Long-Range Assault Aircraft (FLRAA) and the Future Attack Reconnaissance Aircraft (FARA) – it won’t be long to see some of these new technologies hit the skies.

One of the most exciting of these new technologies is Air Launched Effects (ALE). These small, lightweight, expendable drones launched from manned aircraft have the potential to be truly revolutionary for the pilots and the larger military – extending military reconnaissance and safety efforts into locations that may have been previously too dangerous to tread.

To learn more about ALE and their potential benefits for the military, we sat down with Dustin Engelhardt, the Senior Manager of Business Development for ALE and FTUAS at Collins Aerospace. 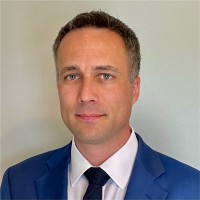 The Modern Battlespace (TMB): What exactly are Air-Launched Effects (ALE)? How are they similar and different from the military drones that we know?

Dustin Engelhardt: Air Launched Effects are a concept that came out of Army Aviation as a way to extend the organic reach, lethality, and survivability of manned platforms. They are effectively air-launched drones or unmanned aerial vehicles (UAVs) that can be used to extend the reach of manned aircraft so that they can effectively stay outside of an adversary’s integrated anti-access/area denial (A2/AD) infrastructure.

ALE can operate independently, or as a cooperative team of multiple ALE with complimentary payload capabilities. And, using our suite of adaptive autonomy solutions, they can execute the mission with the operator not having to individually control or task any member of the team.

ALE are more than drones, they truly are an extension of the capabilities of the manned platforms.

TMB: What functionality and capability could be built into ALE? Are they simply for ISR, or are they an actual weapons system with the ability to launch kinetic attacks? What other functionality could they have?

Dustin Engelhardt: ALE effectively function as the scout for the scout.

ALE are out in front of the platforms that they support and are actively gaining and maintaining enemy contact. Utilizing our autonomy solutions, they’re capable of developing the situation and reporting rapidly and accurately back to their supported platforms.

“ALE are designed to balance performance and cost, reducing the cost and mitigating the impact of one getting shot down…This enables ALE to operate at the absolute edge of the fight…” – Dustin Engelhardt

ALE do have the potential to engage in kinetic attacks with various payloads, but they’re mostly seen as a key enabler that helps bring Long Range Precision Fires into the fight, as well as other weapon systems throughout the battlefield.

TMB: Why would pilots want ALEs? What benefits would the introduction of an ALE bring to their mission?

Dustin Engelhardt: By operating out in front of the manned team, ALE allows them to develop and fight the situation at a safer standoff range from threat systems.

There are very few situations in which our military has absolute air superiority and can operate with impunity in the air over a battlefield or adversary position. Facing today’s more modern, near-peer adversaries, manned aircraft will meet resistance and can be subject to an adversary’s kinetic attacks.

Adopting ALE means that manned systems – aircraft with actual pilots – can stay away from the adversary’s defenses. This ensures pilots make it back safely without sacrificing the mission.

“By operating out in front of the manned team, ALE allows them to develop and fight the situation at a safer standoff range from threat systems.” – Dustin Engelhardt

TMB: How could the introduction of ALE benefit the larger military operation? What kind of intelligence could they generate? How is that intelligence transmitted to those that need to access and analyze it for decision-making?

Dustin Engelhardt: The biggest benefit that ALE bring is that they are designed to be expendable. ALE are designed to balance performance and cost, reducing the cost and mitigating the impact of one getting shot down.

This enables ALE to operate at the absolute edge of the fight and get actionable threat information back to the supported platforms to help connect the right shooter to the correct target.

TMB: With the proliferation of helmet-mounted displays and new systems integrated into aircraft, are there concerns that ALEs could factor into “stimulus overload” for pilots? How are industry partners working to avoid this?

Dustin Engelhardt: Our approach to ALE autonomy provides an increase in the functional capability of the manned platform while also reducing their total workload.

Also, our autonomy and our approach to human systems interactions are designed so that ALE present the operator only the information they need to make a decision and not raw data. We are currently working in support of ongoing government programs, such as the Scalable Control Interface, to ensure that the information the operators are presented with is relevant, timely, and allows for quick decision-making.

“[ALE] are effectively air-launched drones…that can be used to extend the reach of manned aircraft so that they can effectively stay outside of an adversary’s integrated anti-access/area denial (A2/AD) infrastructure.” – Dustin Engelhardt

To date, we have successfully demonstrated our autonomy; executing an entire ALE mission set – including suffering attrition, denied or degraded communications, and other variables – all with the operator “on-the-loop,” meaning no direct input was needed for the ALE to fight through those contingencies.

TMB: Where are we today with ALEs? Are these currently a part of the fleet, or are they still in development?

Dustin Engelhardt: Collins Aerospace is currently serving as the mission system provider for ALE programs – utilizing a small and lightweight ALE mission system solution that we’ve developed. We are also committed to a rapid prototyping and demonstration effort and are making plans internally to support a rapid fielding of ALE after the successful completion of this phase.

Our mission computing, cross-domain security, networking, and autonomy solutions are all high technology readiness level (TRL) technologies that are pulled from existing programs we have with other DoD and military customers. This allows us to leverage previous qualification and certification efforts to allow us to field our solution as fast as the customer can support.

To learn more about this amazing technology, watch the video below: