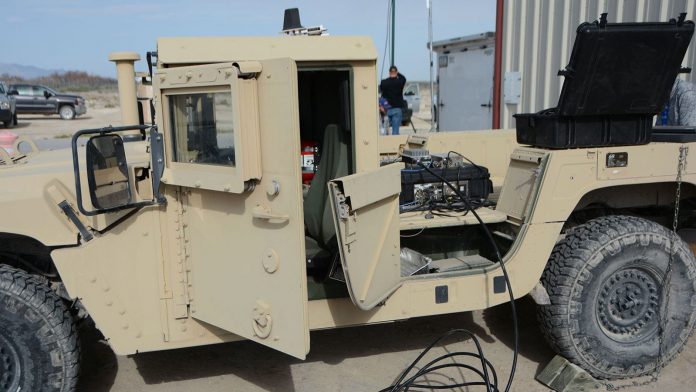 As IT solutions and networks were becoming more important across the military, the different services and branches of the military all began to build out their own networks. With each doing their own thing and operating in silos, disparate networks with different technologies and a number of archaic legacy systems resulted.

Today, as the U.S. Department of Defense is actively working to improve the integration between the different services and enable more cohesive, joint operations, these stove-piped networks are a liability. They hinder communication and information sharing. They keep senior leaders from getting timely, relevant ISR data to aid in decision-making. They also often stand in the way of embracing a new generation of exciting battlefield technologies.

However, a recent military exercise called EDGE 22 may have demonstrated that an integrated network that enables joint operations could be closer than many think.

We recently sat down with Chadwick Ford of Collins Aerospace – who was on the ground at EDGE 22 – to discuss what was demonstrated and why it’s so revolutionary for the military. 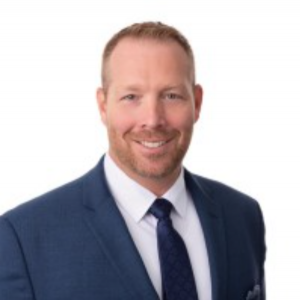 The Modern Battlespace (TMB): According to Collins Aerospace, the company demonstrated a Unified Command and Control Network at another exercise called EDGE 22. Can you tell our readers a bit about this exercise?

Chadwick Ford: EDGE 22 was an integral part of the U.S. Army’s campaign of learning and one of the keystone events leading up to Project Convergence. EDGE 2022 was to enable Joint All Domain Command and Control (JADC2) by connecting the lower tier of the air domain and extending the reach and lethality of division commanders.

EDGE demonstrated that the use of an airborne node – the Future Attack Reconnaissance Aircraft (FARA) Ecosystem – will accelerate combined kill chains in all-domain operations. The success at EDGE informs Project Convergence and helps to develop the technologies and processes that would enable the U.S. Department of Defense (DoD) to fight and win in tomorrow’s battlespace, where disparate services would need to operate across domains in a joint fight with different mission sets.

“The success at EDGE informs Project Convergence and helps to develop the technologies and processes that would enable the U.S. Department of Defense to fight and win in tomorrow’s battlespace…” — Chadwick Ford

Project Convergence is one large umbrella comprised of multiple supporting commands and focus areas. Within this umbrella is Army Aviation, which is responsible for EDGE. There is the Network Command, Control, Communication, and Intelligence Cross-Functional Team (N-CFT) that works on the unified network for all of the Army.  There is the Program Executive Office for Command, Control, and Communications-Tactical (PEO C3T), which is responsible for command, control, and communications across the entire Army. Then there is Mission Command, which handles all the ground operations and the maneuvering of forces.

Within these different organizations, there are pockets of individual efforts that they’re focused on to meet the intent of the big event – Project Convergence – to make sure they’re doing everything they need to do to conduct joint operations.

EDGE 22 was an Army Aviation-led experiment focused on the top ten aviation requirements needed to be successful in tomorrow’s fight. These successes also lead to informing commanders during Project Convergence.

EDGE is actually an acronym for Experimentation Demonstration Gateway Event (EDGE). The exercise involved Army Aviation coming together with industry partners to demonstrate new technologies and see if they could meet their Project Convergence requirements. It was an opportunity to demonstrate advanced networking capabilities for the future of Army airborne operations.

TMB: In the announcement about this exercise, Collins Aerospace claims that the company’s Intelligence Gateway functioned to unify “multiple networks.” Why is this necessary, and what does this enable?

Chadwick Ford: The different services – and disparate organizations that comprise them – within the DoD have all built their own networks. They did this at a time when interoperability and joint operations weren’t necessarily a priority, and they were mostly operating in stovepipes.

Fast forward to today, and there are multiple networks that the different services have built, and none of them can really afford to completely start from scratch. So, there is a need to make all of these disparate networks – including some antiquated technologies that can’t be replaced because of capability or cost – that need to interoperate.

“The Army is working hand-in-hand with industry partners to identify how they can bridge these networks together and add new capabilities.” — Chadwick ford

If data is coming via carrier pigeon, that intel is going to be old and useless. We need to get that data aggregated and analyzed quickly. We need to accelerate that timeline and give commanders a common operating picture. They’re focused on making the systems work together and speak with each other so that they can deliver data at the speed of relevance.

By having a gateway to unify these networks, technology advancements can continue to outpace the threat. This gives new technologies a clear and rapid path for integration into the battlefield network. This rapid integration allows the warfighter to continually ingest critical data that may not have been available before in a common operating picture.

TMB: What is the solution? How can new technologies – including solutions from Collins – enable a joint network and operating picture?

Chadwick Ford: During the exercise, multiple different networks were being leveraged by the participants, including a ground-based command and control network with a common operating picture, an aviation network, and even an ALE command network.

Collins Aerospace leveraged its advanced datalink solution that was originally developed for the Navy and Intelligent Gateway solution to unite these different networks and fuse them together.

“Collins Aerospace leveraged its advanced datalink solution that was originally developed for the Navy and Intelligent Gateway solution to unite these different networks and fuse them together.” — Chadwick Ford

We were then able to leverage that unified network to control an air asset that we pushed across the battlefield to test both the bandwidth and effective range of the network. The network delivered capacity across an effective range of more than 200 miles.

Ultimately, we delivered a multi-level, secure network that bridged across the Integrated Tactical Mesh Network and Ground Tactical Network. We established a common operating picture for division commanders and managed to distribute time-sensitive imagery across a unified network to multiple warfighters. We also enabled the participants to identify threats and effectively pass threat data from sensor, to commander, to shooter.

And this was done while also demonstrating interoperability with third-party and coalition equipment.

TMB: What are some of the different ways a network like this could be leveraged by the warfighter? What capabilities could it deliver?

Chadwick Ford: Most importantly, a unified network can deliver nearly instant access to the operating picture for decision-makers – enabling them to make more informed, data-driven decisions. Also, different applications can be utilized across the IP networks that can help with real-time decision-making, including AI and data analytics software, manned-unmanned teaming, and direct sensor feeds.

If the military is able to build a network of networks with an intelligence gateway that connects all sources of data and intelligence, you can deliver some exciting capabilities to the warfighter. For example, if an F-35 pilot sees a target, they could communicate across the Joint Fires Network and potentially pass that target off to another enabler that can apply effect on that target.

What we’re effectively enabling is the ability for all warfighters to see a threat and then disseminate that threat to the rest of the force. Compare that to their experience today. Should a warfighter in a Blackhawk helicopter see something, they have to manually punch that threat into their computers to alert others. In a unified comms environment, that threat would be identified, and all warfighters that need to know about it would be alerted in a much more rapid, automated way.

TMB: There were some interesting anecdotes that came out of the EDGE 22 exercise – including some involving mop buckets and MRE boxes. Care to elaborate for our readers?

Chadwick Ford: Unfortunately, our MI-2 had engine failure during testing and exercises, and we couldn’t use it. While some participants were actively looking to get another aircraft for testing purposes, we decided to improvise.

To conduct the test without a second aircraft, we decided to take all of our communications equipment off of the MI-2 and just go put it on a mountaintop. We originally placed the equipment in the dirt, but we needed to elevate it in some way to get the antenna off of the ground.

The Range Control Officer had an arbitrary mop bucket in the back of his truck. We leveraged that mop bucket to elevate the equipment and get the antenna off the ground. With a PRC 162 Manpack radio, our communications gateway, and a battery pack all practically laying in the dirt, we were able to deliver a 200 nautical mile mesh network, comprised of four separate waveforms, coalition, and 3rd party integration, that established a Common Operational Picture (COP) the Commander.

In another instance, we wanted to get our communications equipment up a bit higher to help with line-of-site. We placed the radios and equipment on the top of a Humvee but were experiencing some interference from the “metal on metal.” So, we improvised and used an MRE box on top of the Humvee that effectively eliminated the interference.

When all was said and done, we quadrupled the ranges they were getting last year with a mop bucket and an MRE box over a true mesh network. 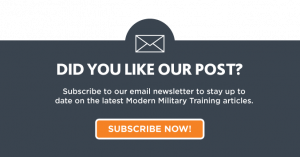