High energy lasers, microwave weapons, and hypersonic missiles sound like something out of a science fiction movie or novel – not like something to be found on a battlefield in the very near future. However, that’s exactly what the U.S. Department of Defense (DoD), its coalition partners, and industry partners are all working towards.

As warfare evolves and changes, the weapons that the DoD needs to stay in the fight have to evolve and change with it. As unmanned aircraft and IT-enabled weapons systems make their way onto the battlefield, it has become essential to leverage high energy effectors and sensors to address and disable them. And as our military looks toward a future where warfare will increasingly happen in populated areas, it’s become critical to explore and develop weapons systems that can eliminate an adversary’s ability to fight without casualties – including civilian casualties.

Unfortunately, our military is no longer gearing up to fight an asymmetric battle against less well-armed and advanced adversaries. Today, our military’s largest threats come from near-peer adversaries that invest heavily in their militaries and the weapons systems those militaries deploy. This means that the U.S. DoD isn’t the only nation developing these weapons – they will invariably wind up on the other side of any conflict with a near-peer adversary.

In fact, in some cases, these weapons are already involved in the fight. Just last month it was announced that Russia was moving fighters equipped with hypersonic missiles to Belarus in an act that many are calling a “message to the West.”

If these next-generation weapons are going to be developed and deployed by its adversaries, the DoD needs to develop countermeasures, should they be deployed against our military, allies, or citizens. And that’s exactly what the DoD is looking to accomplish by investing in higher power, more capable effectors and sensors.

Power is needed for advanced directed energy weapons such as high energy lasers, microwave weapons, and the sensors needed to identify advanced threats like hypersonic missiles. A lot of power…

However, it’s one thing to develop these next-generation systems. It’s another thing to field them with the appropriate supporting equipment necessary for them to be mission successful. For these next-generation sensors and defense systems to be leveraged in theater, the DoD and its industry partners need to work collaboratively on another large problem – power.

Bringing a charge to next-gen weapons systems
A gun is a mechanical device. It leverages the pressure from burning gunpowder to fire a projectile at incredibly high speeds. It’s self-contained and self-powered – with no need for an external power source. The next-generation weapons and sensors in development by the DoD are quite the opposite.

Power is needed for advanced directed energy weapons such as high energy lasers, microwave weapons, and the sensors needed to identify advanced threats like hypersonic missiles. A lot of power.  Reliable, conditioned power capable of handling high power pulsed loads.  More power than nearly anything else that the military currently deploys in theater.

For things that require energy in theater, the military has traditionally leveraged small, tactical quiet generators (TQG). However, the average TQG can only put out between 5KW and 15KW of electricity – making them inadequate for these next-generation solutions.

In addition, other large tactical power systems currently utilized across the military are large, heavy, difficult to transport, and lack the ability to condition the power in a manner that allows the pulsed loads to operate on their varying duty cycles.    Without conditioned onboard power, these next-generation weapons and sensors are unable to perform 100% of their mission profiles, making them less effective against the threats they are designed to detect and defeat.

This is why industry partners are currently working to create an innovative new solution for tactical mobile power generation for the military.

…it’s one thing to develop these next-generation systems. It’s another thing to field them with the appropriate supporting equipment necessary for them to be mission successful.

But it’s not just about the magnitude of power. This system conditions and stores the power being generated – enabling it to deliver the consistent and steady power that next-generation pulsed load weapons and defense systems require. It can also source power from existing utility power grids – allowing it to condition and store power for these systems in urban settings where an established power grid may be available and functioning, without affecting the power quality of the utility source.

By leveraging the knowledge of two leading defense contractors with deep knowledge and experience in developing advanced weapons systems, Raytheon Missiles and Defense and Collins Aerospace are creating a modern, innovative power solution capable of meeting the energy requirements of a new generation of advanced weapons and defense systems.

This solution will provide the power to support never-seen-before weapons and systems on the battlefield. Its ability to deliver energy with more efficiency than the current aging inventory of tactical power systems will help to ensure that the power-hungry weapons and defense systems of the future are able to be employed to their maximum capability.

This is an incredible time in military weapons and warfare – with new weapons and defense systems being developed that are not just evolutions of previous technologies, but entirely new approaches to meeting military requirements. But with never-before-seen technologies and weapons come new challenges. The high power Mobile Hybrid Power System is an answer to the power problem that the DoD will soon face as it begins to take these new weapons out of testing and move them forward to the battlefield. 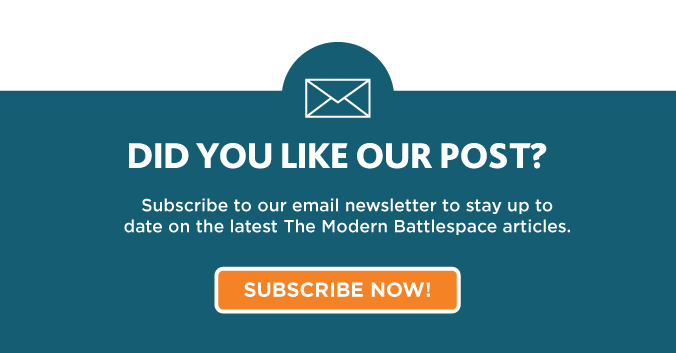